The Fertility Awareness Method (FAM) refers to a few simple techniques that any woman can learn. Performing FAM regularly can help a woman understand and predict her body's reproductive cycles. There are three primary fertility indicators to be aware of and to monitor: 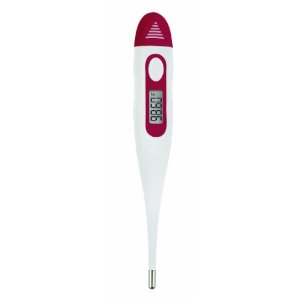 Basal body temperature (BBT) is the temperature of your body immediately upon waking up, before you've done any physical activity at all. You can use any type of thermometer to take your temperature, but many women find that those made especially for tracking your BBT are easiest to read because they show temps in one-tenth degree increments. Those tiny differences in temperature are important to note, as they reflect important changes in your reproductive hormone levels. A rise of only a few tenths of a degree can indicate that ovulation has occurred.

As the hormones in your body change each cycle, so does your body's cervical fluid (CF). As your body approaches its most fertile time, this fluid (often called non -menstrual 'vaginal discharge') becomes thinner and more slippery. It is sometimes referred to at that time of your cycle as "egg white mucus" (sometimes seen as 'EWCM' in online conversations) because of its appearance and texture.

Just as your cervical mucus changes during your cycle, so does the position of your cervix. The cervix is the lowest part of your uterus, extending into your vagina. It acts as a gate between the vagina and uterus, becoming softer, higher in the vaginal passage, more open, and wetter during a woman's fertile time.

There are also secondary signs of approaching fertility that not all women experience, but which can provide additional information if detected. Some of the more common include: midcycle spotting; slight pain or discomfort in the pelvic region; increased sexual feelings; breast tenderness.

The most important aspect of using FAM to monitor your fertility is to check the three primary indicators daily and record the results. Tracking fertility is all about patterns, and the best way to detect patterns is to keep good daily records for several cycles in a row.